Mombasa’s attraction as a tourist destination was losing its appeal due to the ugly site of the Kibarani Dumpsite coupled with its foul smell that welcomed passengers landing at Moi International Airport.

The site also posed a flight risk in the form of birds which would come to scavage on the garbage and collide with aircraft.

It took the intervention of Mombasa billionaire commonly known as Asuu who owns Mombasa Cement and the goodwill of President Uhuru Kenyatta and Governor Joho to turn the eyesore into a sight to behold. The businessman authorised his CEO Hasmukh Patel to transform the dumpsite into a recreational park at a cost of Ksh700 million as part of the company’s corporate social responsibility.

Also read; FROM A TEA GIRL TO A CAR ACHEVER COURTSEY OF ONLINE WORK 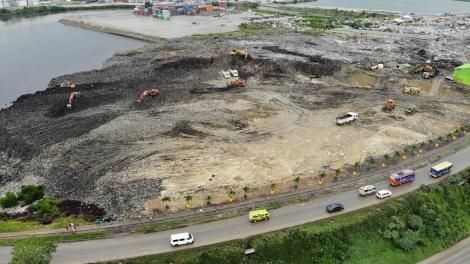 The first steps involved the ban of dumping of waste by Governor Joho which was followed by an order by President Kenyatta which revoked all Kibarani dumpsite land allocations to private developers.

The huge task ahead was dealing with the mountains of waste which were flattened using heavy machineries such as excavators and graders.

After the grounds were leveled with quarry dust and soil, another headache arose in the form of a foul smell emanating from the garbage that began to rot under the soil.

A superliner was poured across the 20-acre piece of land to seal the gas outlets that emitted the gas.

“It is not like your cooking gas that comes out from one position. This is gas coming out from all over every minute. We put the liner over the entire area,” Patel stated during a past interview.

When the strong coastal winds uprooted newly planted trees at the park, the team resolved to grow them in tyres filled with soil and planted 2,000 mangrove trees near the ocean to break the winds. 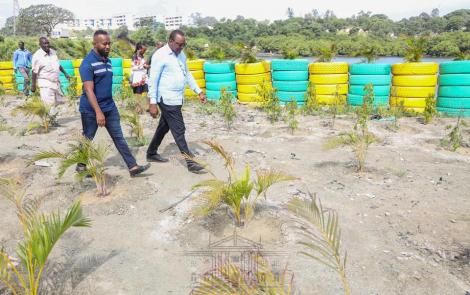 he tyres were also painted green and yellow to add a colour code to the area and also make it attractive.

By the end of the rehabilitation, more than 500,000 plant species such as Ashok trees, Christmas Palm trees, Jacaranda trees, Bougainvillea, coconut trees, sisal and Casuarina called the park home.

A 75-metre fountain was also installed on the seafront to keep the water in motion and stop mosquitos from breeding.

Since the park would host crowds, a toilet and plumbing system had to be installed to prevent waste from washing into the water.

To breath appeal and beauty into the revamped park, a landscape professional was sourced and with his recommendations, life-sized sculptures of different animals such as rhino, wildebeest and antelopes were mounted on top artificial grass at strategic parts of the park. 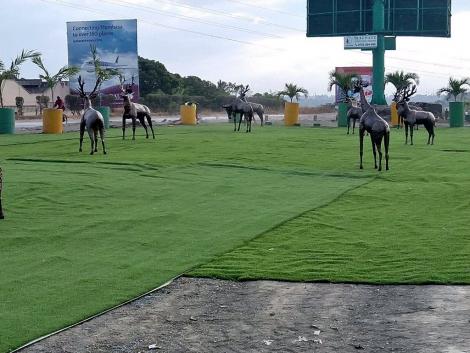 200 flags from different countries around the globe are hoisted along the stretch of the road bordering the park.

Governor Joho held the 2020 New Year celebrations at the park which featured performances from some of the best artists in Kenya. 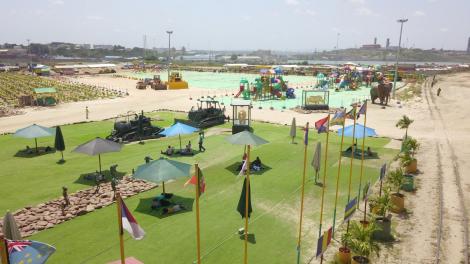 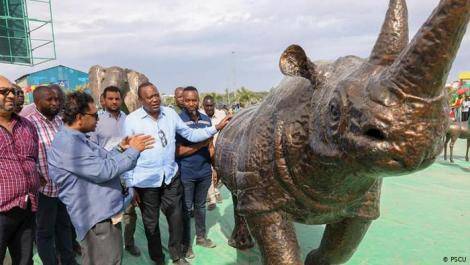 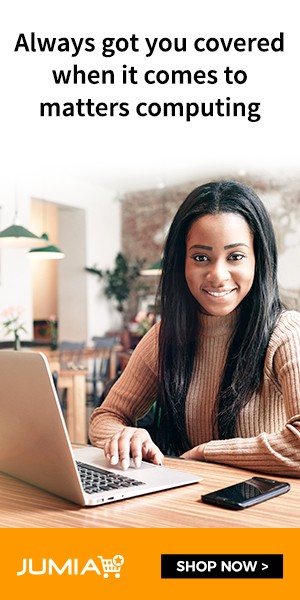